What is Naver? The Ultimate Guide to Korea’s #1 Online Platform Juggernaut

This article answers all the questions you may have about South Korea’s Naver Search Engine and its vast ecosystem. We hope to help amateurs and professional marketers alike understand more about Korea’s top online platform.

Very few countries outside of the US can boast that their most popular website is actually a domestic offering - but South Korea can.

And they don’t do it by making popular foreign websites illegal like some tinpot dictatorship. Google, Facebook, Apple - they’re all perfectly legal and also very popular.

But Naver is the undisputed heavyweight champion of websites in Korea.

You too can take advantage of many of the various services below by creating your own Naver account.

You can also hire us if you’d like to get started promoting your services through Naver.

Google is much more than just a search engine today. From the most popular email service, to the top ads network to its cloud-based office documents, Google provides an entire ecosystem of services that many people depend on In their daily lives.

Naver does too. But of course, it’s got its own way of doing things quite differently from Google too.

When was the Naver Corporation founded?

At this time the internet was in its infancy and there was not nearly as much content being produced in Korean as English.

Naver changed all that with one of the earliest Web 2.0 websites - its Q & A platform “KnowledgeiN” (지식인).

By putting this content generated by users at the top of search results, it was able to respond to user searches while keeping visitors inside its own platform.

This very profitable practice is still in use - and one being emulated by Google in many ways today.

How this Naver Article is Organized

We’ve divided this article into 5 major categories but the lines between them are not hard and fast. There are B2C services that also have apps, and vice versa. We hope the category headings are helpful. If you think they should be changed, let us know in the comments.

What is a Naver Blog?

Naver Blog is the equivalent of Google Blogger - but much more valuable because of its prominence in the Naver SERP.

These are a little more important than your average blog. Because this is the number way to be displayed "organically" in Naver search. Obviously when you must be on a specific platform in order to be shown in search results.

This leads to a distinctly Korean term, “Power Blogger”. Back in the day Naver Power Blogger users were the equivalent of today’s “influencers” but now they’ve certainly lost some of their prestige. Alas, gone are the days when writing influenced people, now replaced by sexy people on a photo sharing app.

What are Naver Cafes?

What is Naver Encyclopedia?

Naver Encyclopedia is the Naver equivalent of Wikipedia.

Seriously, imagine how much more traffic Google would have if it directed everyone to its own encyclopedia instead of Wikipedia.

Naver KnowledgeiN is the equivalent of Quora.

This Q & A juggernaut is what launched Naver into the lead of search engines - and they haven’t given up that lead since.

What is Naver Dictionary?

Naver Dictionary is the equivalent of Merriam-Webster.

Being a small country of 50 million people who love to travel, the foreign language dictionary aspect of Naver Dictionary may be even more searched than Korean language definitions.

What is Naver Search Engine?

Naver Search Engine is the equivalent of Google. But different.

Expect more paid ad links. Then expect the search engine results page (SERP) to be categorized into types of content - most of which is the Naver-owned contents listed above in Naver Search Engine Result Content Categories.

External websites make up an extreme minority of potential search results. But then that’s because Naver has done an amazing job of getting users to contribute an absolutely massive amount of content to its own internal platforms.

What is Naver Mail?

Naver Mail is the equivalent of Gmail.

Korea is not as obsessed with having your own business domain for the email you use for your small business. Many people will hand you a business card with an “@naver.com” email address.

If you'd like to sign up for your own free Naver email address check out this article on how to create your own Naver account from 10mag.com.

What are Naver Maps?

Naver Maps are the equivalent of Google Maps.

These maps are incredible. If you'd like to take public transportation just click on the bus and you'll get detailed directions to any location including transfers from subway to bus.

There are even directions for people on bicycles - which will often get you to your destination faster than a car thanks to Seoul traffic.

What is Naver Papago Web Translator?

Naver Papago is the equivalent of Google Translate.

And it's damn good. If you have to translate and it matters it might be a good idea to check the results from both of these completely free translation options.

What is Naver Webtoon?

Naver Webtoon is the equivalent of GoComics.

The big difference of course is that GoComics is that according to Ahrefs, Naver Webtoon has a 93 domain rank while GoComics has a rank of 73.

If you’re not in digital marketing like we are, that may not mean much to you. Suffice it to say, Koreans really love their webtoons and this is one of the most popular websites on the internet.

What is Naver Now?

Naver Now is the K-pop version of Twitch.

The site headline shouts, “We Live NOW.” upon entry. (You’d think a company this size would hire an English proofreader.)

The company is obviously betting that the combination of live contents and Korean entertainment cachet will deliver some eyeballs.

What is Naver TV?

Naver TV is the Naver equivalent version of YouTube.

Yes, there's a Naver version of YouTube too, but you'll frequently find that Naver uses YouTube to put up its own videos advertising services.

NaverPay - aka Npay -is the equivalent of ApplePay.

Since PayPal realized that they can both take a cut of every transaction and earn interest on the money they’re holding for you, everyone's getting into the payment service act.

If you're an expat in Korea looking to use Naver Pay, be sure to check out this article that teaches you how to verify your Naver account and set up Naver Pay for foreigners.

What is Naver Band?

Naver Band is the equivalent of MeetUp.

With a very strong English version, English speakers may choose Band to build their own community. Naver’s target with this one is obviously more than just Korea - although you can bet that it’s still their strongest market.

What is Naver Whale?

The Whale Browser Naver equivalent to the Google Chrome Browser

If you're gonna really track exactly what everyone is doing on the Internet then you have to create your own browser - just like Google Chrome.

Obviously Naver is benchmarking Google in every way possible. (If you don’t happen to speak Korean, please understand that “benchmarking” has become synonymous with “copying” in Korean.)

What is a Naver Smart Store?

A Naver Smart Store is the equivalent of becoming an Amazon seller.

Anyone can be online with the store in no time - but you’ll be competing with lots of other folks. To end up at the top of search results expect to pay Naver. Nonetheless, sellers have a chance to show up organically in Naver search results with a Naver store. Without it, forget it.

This is unlike Google in that Google helps connect to other ecommerce platforms like Shopify and WooCommerce. Set up your site right, and your website can show up in both paid and organic Google search results.

What is Naver Shopping?

Naver Shopping is the equivalent of Google Shopping.

Look, if you’ve got a captive audience, why not show them products from stores you provide, right?

The reason Naver Shopping is not like Amazon, however, is that Naver does almost none of the fulfillment and logistics itself. Amazon claims on their site that “More than half of the units sold in our stores are from independent sellers.” For Naver it’s probably closer to 100% - just like Google.

What is Naver Works?

Naver Works is the equivalent of Google Workspace.

Emails, calendar, chat, contacts, to-do lists, a cloud drive - it's all there along with a community board. Koreans just love having a community board on their websites, even when no one posts to them.

What is Naver Smart Place?

Want to get on Naver Maps? Here's your ticket. Register your business as a Naver smart place and Koreans will be able to find you on Naver Maps.

Modoo is the Naver equivalent of GoDaddy Website Builder.

If you want a mobile-first, stone cold simple website up quickly and absolutely free, then Modoo is a terrific way to go. If you want anything more than that, stay away. You’re totally locked into a very Naver-centered ecosystem - hence the GoDaddy comparison. (For the pros, GoDaddy won’t even let you edit the HTML of your site to add header tags. Not sure .)

What is Naver Search Advisor?

Naver Search Advisor is the equivalent of Google Search Console.

To be a little more precise, after visiting the site you have to click into the Naver Webmaster Tools to find the equivalent of GSC. They decided to give those a new higher-level name, benchmarking Google which also switched from its previous moniker of “webmaster tools”. Bing still clings to it as well.

Ncloud is Naver Cloud Platform, which is the equivalent of AWS.

Want your own server hosted in South Korea? This may be a good option if you happen to read enough Korean to get it done. Most of the tech terms are transliterations from the English, so you can probably accomplish more than you may think.

If you are curious about Naver or any other aspect of marketing in South Korea, reach out to ICC Korean digital marketing agency anytime. We can help.

How to Choose a Web Designer: 6 FREE Testing Tools 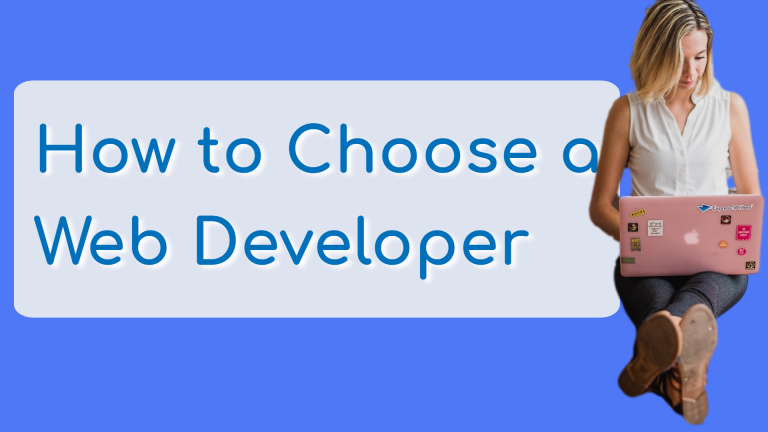